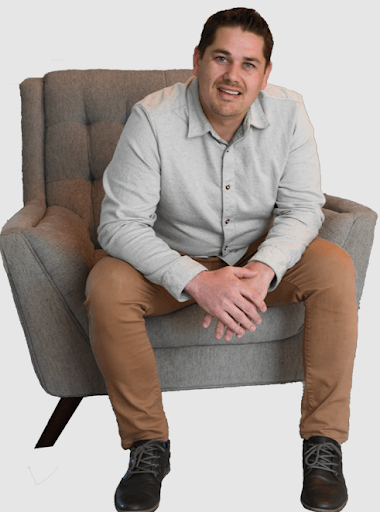 Josh Osborne has struggled for the greater portion of his life. Really up until he was 25. He had home issues and found himself in legal trouble as well. But something just kept Josh pushing forward, no matter what got in his way. The mindset you see Josh dominate the market with today is a product of all the experiences he ever had, good and bad. He struggled when he was younger in thinking that something was wrong with him since he could never please those around him. Once he ran into a mentor, that all changed!

When Josh Osborne was a child he was in constant trouble for never sitting still and never obeying what he was told. When he got into his teen years, he was really worried that he’d end up a failure because of this. He thought he would never make anything of himself because everyone around him was always critical.

When Josh was basically at the end of his rope, that’s when he realized something. Something big. All the business leaders and entrepreneurs of today have the same character traits he does. They never took orders, they never followed “rules”, they made their own way! When he was fully aware of this, he not only changed his life, but started changing the lives of those around him!

When Josh put this new found knowledge into action, he started a moving company. He grew that company from the ground up and became the largest company in all of Colorado! Still, he felt like he was missing something. He just wasn’t happy. Long hours at work and sleeping at a warehouse wasn’t exactly what he had intended for his dream life. When he had a heart attack due to being overworked, he knew things had to change and he started looking for other ways to make money.

In 2014 he was introduced to something called lead generation. Basically this business centered around building and ranking local websites and handing off the jobs to a local business owner. He thought it was pretty simple because he would have loved to have a partner like that when he started out.

This was the business model that kept on giving for him. Not only did it open up much needed free time for him, but he was also able to impact a much greater amount of people. He was now impacting thousands of more customers and hundreds of business owners all over the country helping their businesses boom!

Josh still owns and is the silent partner in several small businesses in Colorado. Because of this, he is able to speak to a business owner like a business owner…not just a marketer. On top of that he practices what he preaches.

Josh Osborne and his wife Danelle Osborne live in Colorado Springs with their two sons while they operate their own agency, Mr. and Mrs. Leads.

Aside from running his own agency, Josh has entered the online coaching industry when it comes to making money online. He operates the program BAM University / Bad Ass Marketers. Unlike other online courses that leave some things up to guessing, BAM University lays it all out from start to finish. And if you have any questions, he offers an exclusive group as a bonus that’s active 24/7.

A quick visit to their website will show you several testimonials of people who have started working with him and, thanks to what he teaches, been able to quit their jobs and live financially independent.

Whereas everyone else seems to be downsizing and cutting back, Josh Osborne and his students in BAM University are expanding and changing lives in the process.