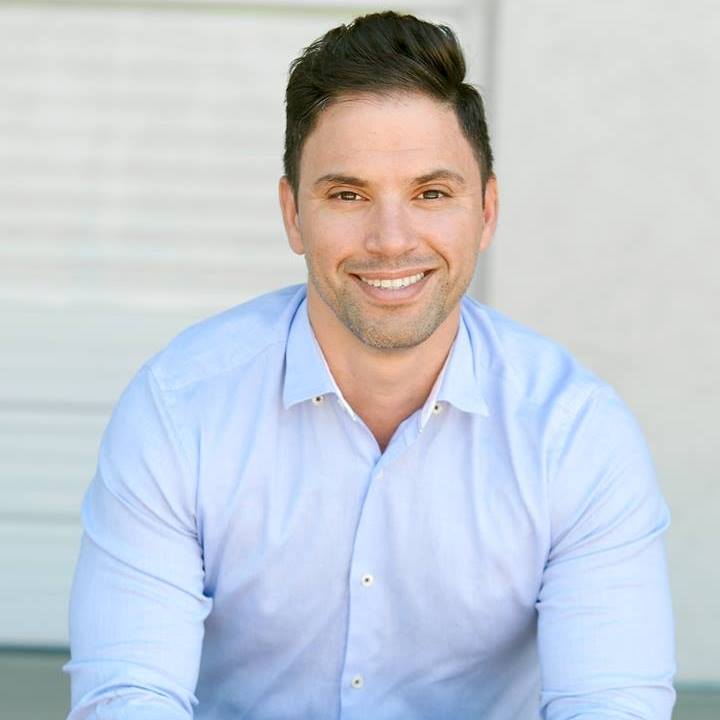 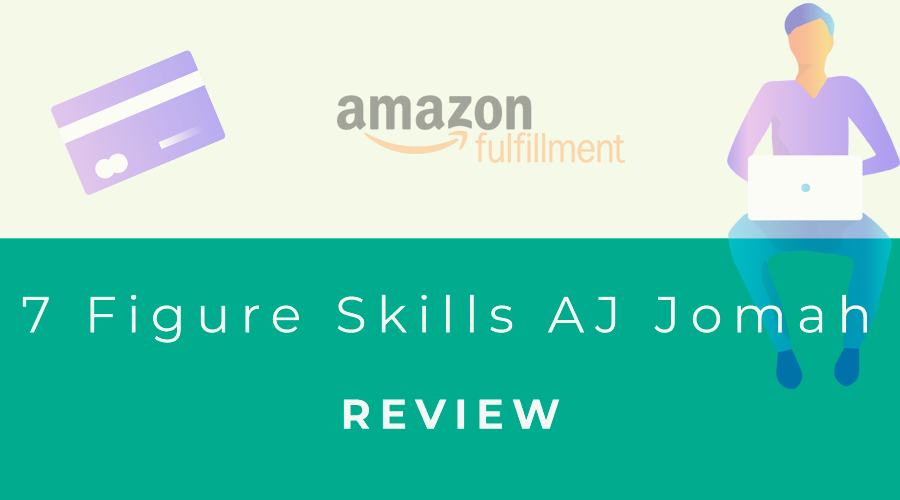 “Everyone can tell you the risk. An entrepreneur can see the reward.” – Robert Kiyosaki

7 Figure Skills is a course created by AJ Jomah using the dropshipping model. In the program he instructs how to use Google Shopping Ads to convert sales with high ticket products on the Shopify platform.

One thing that you’ll hear Jomah say is that he’s tried other online business models in the past. He’s been around the block with Amazon FBA and has sold other various products that fell into the trendy category.

So what did he learn from it? Well, it’s extremely difficult to create a sustainable business doing this.

When you’re out there slingin cheap products, you get paid less. That means you gotta work a whole lot harder to sell more product.

But when he turned his attention to products that were much higher ticket, his success started to grow.

Got it, that’s great and all but here’s where the question lies.

Keeping in mind that traffic to your Shopify store is being generated with shopping ads on the Big G, are those people going to be willing to spend several thousand dollars at a store that they’ve never heard of?

I mean let’s think through this together. Put yourself in this position as a buyer/consumer. If you’re going to spend, say 3 grand, are you going to feel comfortable buying from a random online store or are you going to do your research to figure out the best brand?

I mean I think it’s fair to say that most people will be doing the latter. I know I do.

IMO there’s a happy medium here. I certainly don’t like the idea of focusing on low ticket/fad products but I also think there’s challenges that come with higher ticket products as well.

With all that said, let’s dig into some of my thoughts, pros and cons of the program and more!

The Pros of the Program

Hurdles with the Program

My Thoughts on Dropshipping As A Whole

I’m just gonna say it… using paid ads to generate traffic can be a real pain in the ass.

Given the choice between free traffic and paid traffic, everyone out there would choose free. I mean it is free after all!

But why are so many courses out there teaching people to use paid ads to generate traffic, particularly to get eyes on products?

Well, it’s just easier. And it can happen with the flip of a switch if you know what you’re doing.

With these Google listings all you have to do is set up an ad account and you’ll be starting to generate traffic within a day.

Problem is it’s not that easy.

Ever hear the saying bad publicity is good publicity? Yeah that doesn’t apply in the world of internet traffic. Bad traffic is not good traffic.

If you do this incorrectly, Google or Facebook will just spend the money you’ve allowed them to spend without caring if your business ends up making money.

That means that you have to be comfortable setting up these ads in the first place and also you’ve got to continuously check on the ad’s performance. Like daily.

Most of us want to start a business so we don’t have to spend time everyday babysitting meaningless tasks but that’s exactly what it can feel like.

Not only can ads stop performing to a certain standard, sometimes they’ll get suspended or taken down and then you’re back to square one. It ends up feeling like a constant uphill battle.

This isn’t one of those set and forget type deals. And let’s be honest, that’s what we’re all after. We all want to be business owners in order to achieve true financial and time freedom.

This is how you can create some content that works for you at all times without you having to continuously adjust it. Set it and forget it type stuff.

Let me tell ya, nothing better than generating traffic and money off of work that you put in months or even years ago.

This is extremely important because it becomes much easier to scale the business. Think about it. You do something today that you can build upon tomorrow. And then next month. And then 6 months from now.

None of your work goes to waste unlike having your Google and Facebook Ads shut down and losing a shit ton of money overnight. Then you gotta spend the next day redoing what you’ve already done.

We see all of these well-known entrepreneurs, the Gary V’s, Jordan Belfort’s and Uncle G’s of the world, continuously creating new content that they don’t pay for. This could be via social media or just their websites.

Do they pay for ads sometimes? Yeah, of course they do but it’s only when they’re coming out with a new program, book or something of that nature.

Most of the time they’re busy producing free stuff for all of us to soak in because not only is it free, but it’s there forever and it will attract new customers to their brand forever.

Why do you think they’re still here decades later? Because they’ve taken full advantage of different channels that allow them to drive free traffic.

Bottom line, the sustainability and ability to scale is through the roof. It’s freaking consistent and easier to build.

I don’t know about you but I don’t wanna be bogged down doing the same tasks day after day feeling like I’m not getting ahead. That shit sucks.

The secret lies within free traffic and it’s a skill set that is in great demand because of these positives. Who doesn’t want to get paid for work they put in today, 5 to 10 years from now and every day in between?

Why is that? Well, I practice what I preach. These two avenues continue to generate traffic for me every single day, for FREE.

I’m constantly getting paid for stuff that I did days, weeks, months and years ago. Stuff that I wrote or sites that I built a year ago continues to generate traffic because people are always interested in those topics.

Are the sales/results delivered as quickly as they can be with paid traffic? No. But I’m building a sustainable business that I can continue to scale until I’m satisfied with where I’m at.

What we’re talking about here is attraction marketing. I’m getting my product/service in front of people who are already interested in it.

Now when we compare that to paid ads, that’s called interruption marketing. Basically I’m trying to put a product in front of people that they weren’t there to see. Can I convert some into customers? Sure.

But the chances drop tremendously. Plus I’m paying for a much lower conversion. Fuck that.

Like I said early on in this post, I’m aligned on AJ Jomah with a lot of things inside his 7figureskills course.

For example, the need to find products to sell that are somewhere between high-ticket and low-ticket. There’s a happy medium there where opportunity lies.

The biggest drawback to the way AJ has taught this program is the paid traffic. It’s something that’s really difficult for me to swallow because I know free traffic is a much better option.

Not only does it cost more money which eats into your margins, it can be very intimidating if you’re new to the online business world. Particularly paid advertising.

One thing I do want to point out is AJ’s choice to teach Google Ads over Facebook Ads because FB Ads tend to be more finicky than Google.

Don’t get it twisted, I’m not saying that paid ads will be the death of your business venture or that they can’t work. That would be silly.

I’m just saying there are some huge drawbacks IMO. I’ve done a lot of work with paid ads and I wouldn’t want to rely on it to run this business.

I’ve tried many online business models, and I was already into the multiple six figure range with my lead gen business by the time I even came around to the ecommerce world.

Did I have some success? Yeah I did. But ultimately I ended up coming back to the local lead gen game for some of the reasons I listed above. It operates 100% on free traffic.

I use to wonder why so many ecommerce mentors/gurus have surfaced on the internet but it became clear once I experienced the model myself. The profit margins suck.

Nobody wants to keep a fraction (around 15%) of the money they make. That’s YOUR money. And when you run an ecom business that’s a big struggle.

I don’t want to work MORE for LESS and I know you don’t either. Nobody in their right mind would want that.

These are two of the main reasons I prefer the local lead generation game. I mean my profit margins in this business are damn near 100% which is just absurd.

Remember, free traffic equates to predictability. That means once the traffic starts rolling in it doesn’t “turn off.” I’ve got sites that I build back in early 2019 and I haven’t touched them since yet they still make me $2k+ every single month.

Here’s an example for you. I built the site below early on in 2019 and it’s been paying me $1,000 ever since. Even though I haven’t touched it since then.

That little thing right there generates almost 100 leads per month for the business owner that I partnered with.

Don’t you think he’s perfectly content giving me a sliver to deliver? If I’m bringing him an extra 10k every month, would he be able to send 1k my way?

PrevPreviousCody Sperber, Clever Investor Reviews: Is It Legit?
Next7 Figure Cycle Review 2022: Is It Legit?Next